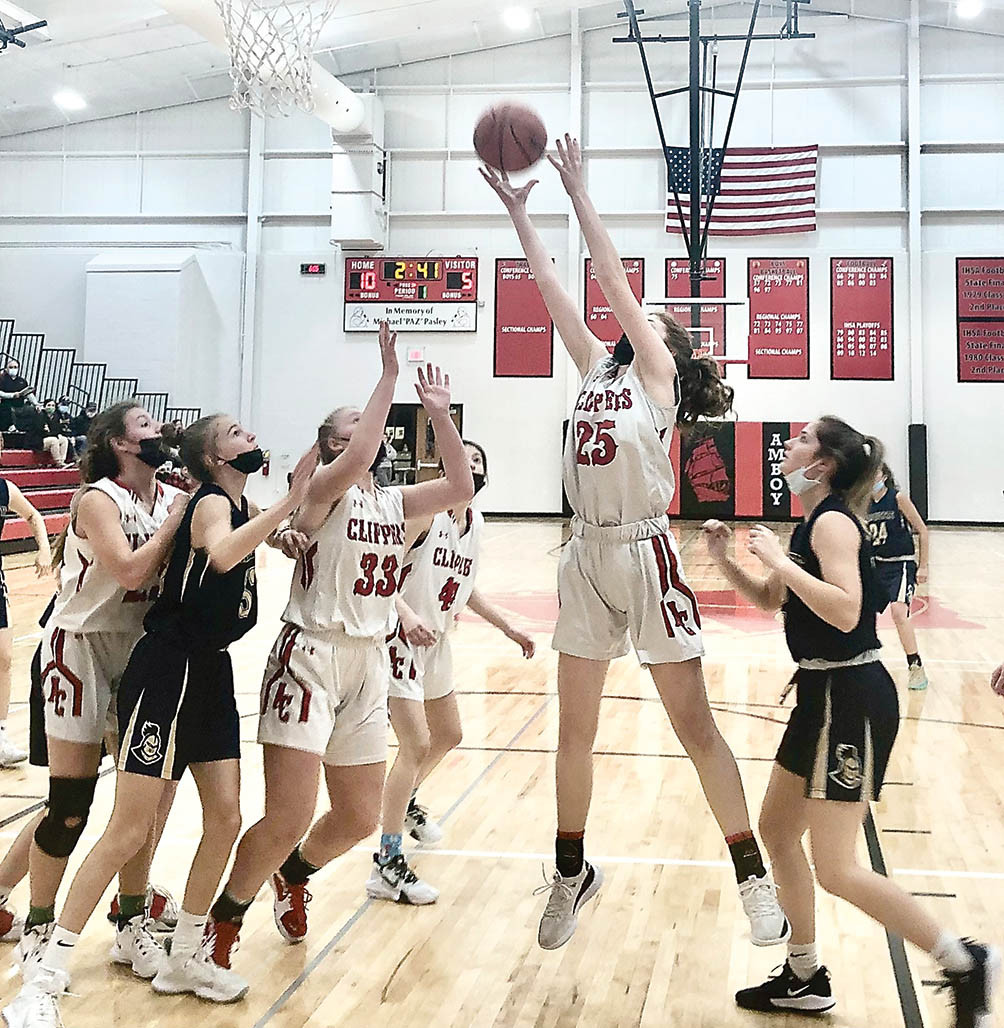 AMBOY – The Amboy Lady Clippers won three of four games and finished third in the eight-team Amboy Holiday tournament which was held from December 27-30.

The Lady Clippers started the tournament with a fierce 43-36 victory over Ottawa Marquette on December 27.

Amboy struggled at times after being laid off for 16 days due to COVID issues at other schools. The Lady Clippers were led by senior Olivia Dinges, who made seven of 10 free throws in the fourth quarter and finished with 17 points, seven rebounds, five assists, four steals and two blocked shots. Elly Jones made his two free throw attempts in the fourth quarter and finished with 11 points, four rebounds, two assists and seven steals. Lexi Ketchum had four big shots, scoring eight crucial points and taking five rebounds. Courtney Ortgiesen lost six points and added nine rebounds, a record for the team. She also had five interceptions and three blocks. Maeve Larson rounded out the stats with one point and seven star fruit.

Amboy won their second round match against Mendota, 47-16, on December 28. Amboy’s 11 players all spent time on the pitch and eight of them damaged the score column.

The Lady Clippers were again led by Dinges with 18 points, eight rebounds, three assists and three steals. Twelve of his points came on three points. Jones was next with nine points, four assists and four steals. Ortgiesen had 10 rebounds, a team-high, and had six runs and five blocked shots. Haidyn Zimmerly added three runs and two steals.

In the last pool game on December 29, the Lady Clippers faced a strong side from Serena and lost a 33-23 decision.

Amboy lost eight points to Serena in November (47-39) and converted 45% of his field goal attempts and recorded just 10 turnovers that night. But the rematch in the tournament game was very physical and Amboy couldn’t match the shooting percentage or keep the turnovers to a minimum. The Lady Clippers connected on just 21% of their shots and only had three players on the scoreboard.

While Amboy kept Serena’s second-highest scorer at one point, her all-stater, Katie Baker, had 14 points to lead the win.

Larson paced the Lady Clippers with 12 points and she collected five rebounds. In addition, Jones had six points and two assists, Dinges had five points and led with seven boards, and Ortgiesen managed six carambolas.

Amboy met Somonauk in the third place game on December 30 and came away with a 45-28 triumph.

Dinges dropped four three-pointers en route to a 19-point performance. She also led with 14 rebounds. Jones scored a big goal with 15 points while handing out three assists, followed by Larson with seven points. Ortgiesen and Ketchum each added a basket, while Ortgiesen grabbed seven rebounds and Zimmerly shot four boards.

The “A Bowie Celebration” streaming concert took place on Saturday; enter the contest to win a prize pack