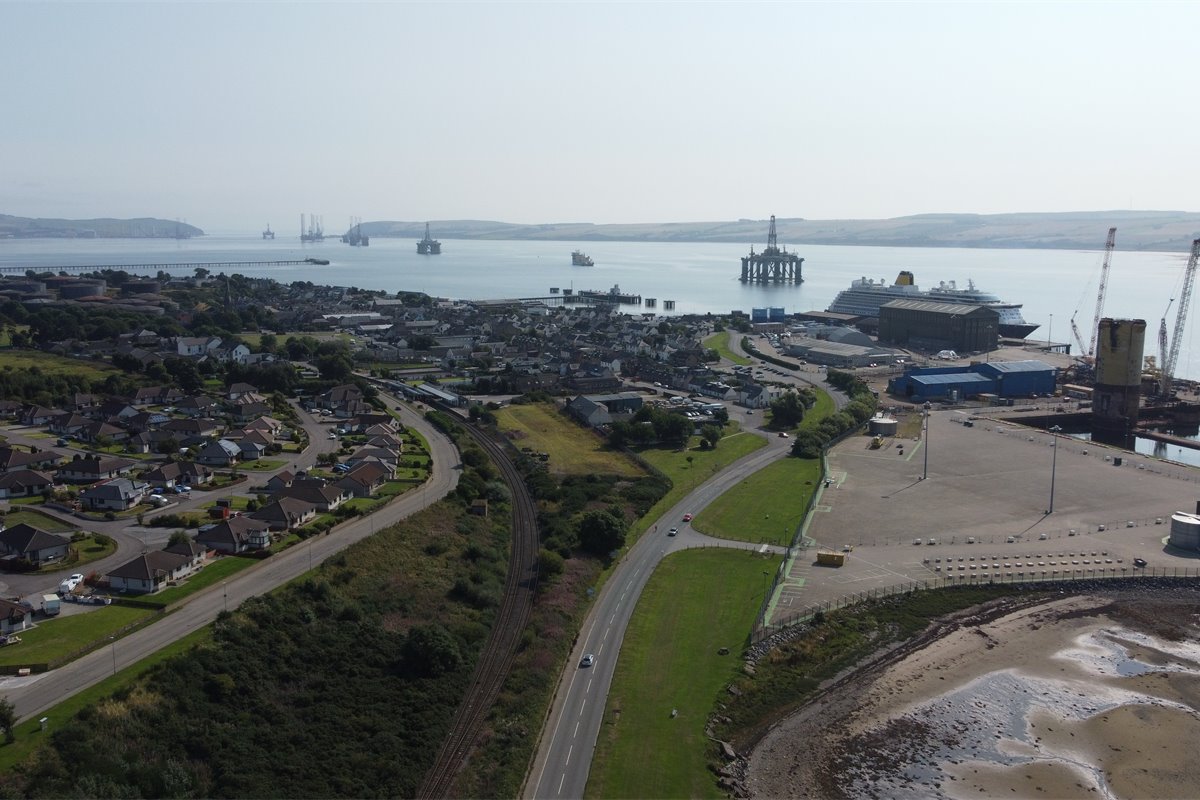 Last year, eight free ports were identified in England. In March this year, the UK and Scottish governments published a tender prospectus to create two green freeports in Scotland, with the UK government pledging £52 million in seed funding.

The competition across Scotland will be fierce, but I absolutely believe the Highlands and Isles region is in an ideal position to host at least one, and I’m delighted there are two deals going.

A green freeport is a large zoned area within a defined boundary that includes at least one railway, sea or airport route but may extend 45 km beyond that.

They are designed to stimulate economic growth through various targeted taxes, customs and other incentives (both earmarked and decentralized), including planning, regeneration and innovation.

The two deals we expect from this region are Orkney and Cromarty Firth. Orkney, with Scapa Flow at its heart, has a long history of association with marine industries, including renewable energy. It houses the European Center for Marine Energy, which has been innovating in this field for 20 years.

More recently, we have seen the establishment of the Orkney Research and Innovation Campus, which supports the growth of the islands’ renewable, energy and low-carbon marine industries.

The Opportunity Cromarty Firth (OCF) offer is a collaboration of over a dozen organizations representing industry, academia and the public sector around the Easter Ross and Inverness area. The aim is to drive transformational regeneration through economic activity in manufacturing for, among other sectors, offshore wind, green hydrogen and life sciences, and from local and foreign investment, innovation, skills development and employment.

This development would build on the recent significant investment that has been made in maritime infrastructure in the Cromarty Firth at Invergordon and Nigg and on the region’s historic and current strengths in engineering and life sciences.

A report commissioned by the OCF estimated that the consortium’s proposals could potentially add an additional 20,000 jobs to those already planned in the construction phase of the wind farm alone.

The creation of a Green Freeport in either of these locations would be a game-changer for the region, with benefits spread across Scotland and the UK. This would accelerate regeneration and create new green jobs that complement the skills of the workforce. On a broader level, this would help transform the country’s economy and make a huge contribution to achieving net zero goals.

This would support broader efforts to secure higher manufacturing levels in offshore wind and green chemical production. And it would accelerate the development of strong industrial clusters, support the provision of future offshore wind capacity and help strengthen and retain rural populations.

Nearly £300m has been invested in ports and harbors across our region since 2010, and we now have a network of those across the region serving the growth of offshore wind and other maritime industries. .

I believe Green Freeports are an opportunity to go beyond compliance and engage local people in developing the vision for their future Freeport, to achieve transformational change.

The Highlands and Islands nominations aim to house innovation-based businesses and are both located where entrepreneurial growth is already happening, for example near universities or companies with clusters of research, development , innovation and strong businesses.

Over time, better local employment prospects would bring housing construction, better schooling, health care and amenities for local people. And jobs would be indirectly created in hospitality, retail and recreation, education and health.

A green freeport would fit very naturally into the region and we wish the two bidders in our region good luck in their efforts to secure this valuable regeneration asset.

Audrey MacIver, is Director of Energy Transition and Net Zero at Highlands and Islands Enterprise (HIE).

This article was sponsored by HIE.

A’s place is getting closer to Dany Jiménez (shoulder) on IL, recalls Nick Allen among the moves on the list