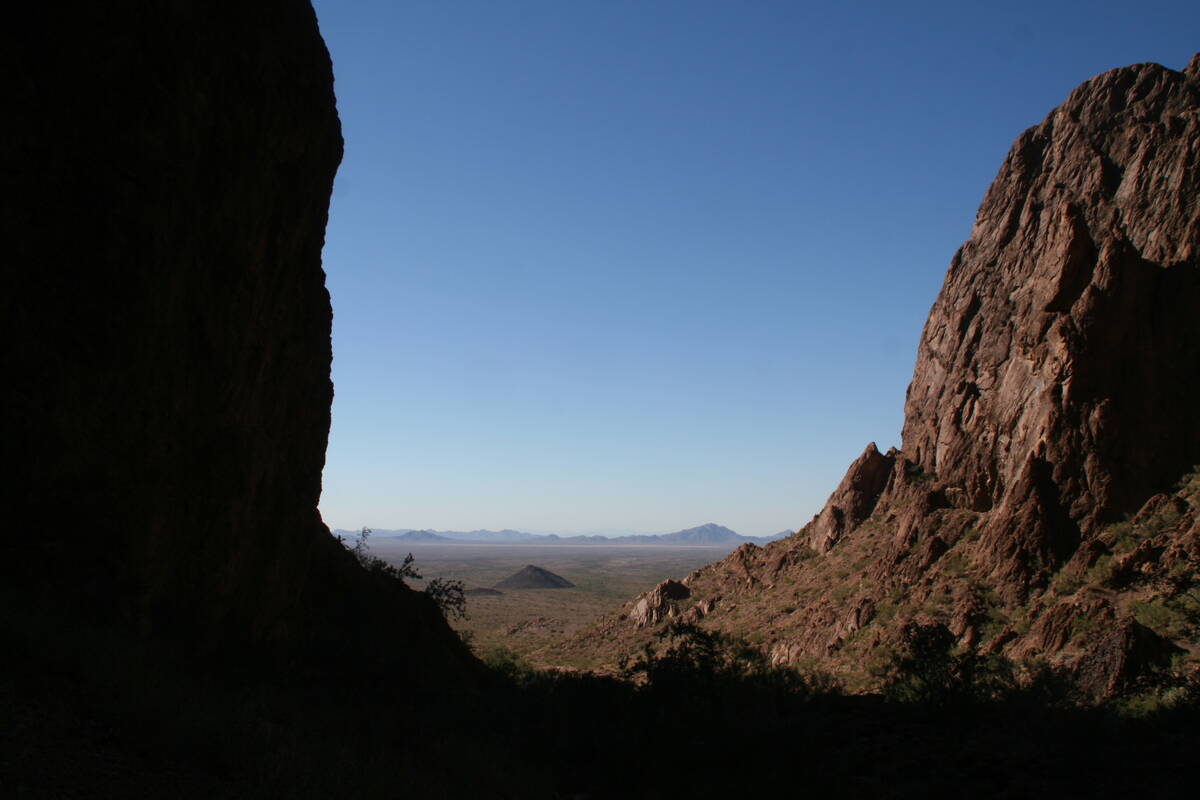 If you feel the need for a very remote getaway, then the Kofa National Wildlife Refuge could be a good bet. Located roughly on the road to nowhere – between the towns of Quartzsite and Yuma in Arizona – this is a wonderful destination for hiking, camping, wildlife viewing, and photography, as 80 percent of the park is designated as wilderness.

Established in 1939, it covers over 665,000 acres and protects over 400 desert bighorns and other wildlife. Interestingly, the park was created after a 1936 campaign led by Major Frederick R. Burnham, a famous pioneer and military scout whose exploits inspired his friend Lord Robert Baden-Powell to create the Boy Scout movement. Worried about the fate of the bighorn sheep in the desert, Burnham appealed to the Boy Scouts in Arizona, who took up the cause. Two years later, thanks to the tireless advocacy of 10,000 Scouts, the range was formed. In 1976, the US Fish and Wildlife Service renamed it Kofa National Wildlife Refuge. (Kofa is derived from an acronym for a well-known area mine, King of Arizona.)

Palm Canyon is best known for its natural grove of native California palm trees, the only one in Arizona. Trees are rare: Washingtonia filifera is the only native palm in the Southwest, and there are only 158 fan palm oases in all of North America. These palms typically live 80 to 90 years and grow up to 75 feet, but only thrive where there is large amounts of water. The canyon is also home to typical Sonoran Desert plants such as ocotillo, palo verde, and ironwood, and cacti such as saguaro, prickly pear, cholla, barrel, and hedgehog.

To see Palm Canyon, take the Palm Canyon National Recreation Trail. From the signposted trailhead and parking area, follow the obvious but rocky trail into the canyon. The landscape here is made up of rhyolite, a volcanic rock.

Walk about five minutes and you will already be in the canyon and at a marked lookout point. Look for the interesting plant called Kofa Mountain barberry, which is only found in southwestern Arizona. You will recognize it by its holly-shaped leaves. You will also be able to see and hear the distinctive song of the Canyon Wren, as well as white-throated swifts, mockingbirds and flycatchers.

Continue the hike until about a half mile from the trailhead and you’ll find another sign that says ‘PALMES’, with an arrow pointing north. Depending on what time you are in the canyon, some people need a little help seeing the palm trees as they are often shaded except around noon.

Watch where you walk, sit or put your hands, as there are a lot of thorny plants and a lot of reptiles here. Besides the western diamondback and other poisonous snakes, Gila monsters live in the area. In addition to being poisonous, it is the largest land lizard native to the United States. The refuge is also home to mountain lions, mule deer, miniature foxes, foxes, badgers and the interesting but elusive ringtail cat.

There are no services at Palm Canyon. Make sure to bring all your water and supplies on this outing. The elevation at the trailhead is approximately 2,141 feet so the temperatures will be about the same as in Las Vegas. Camping is permitted at the refuge and overnight parking is permitted at the Palm Canyon parking lot. Palm Canyon can be found by driving 18 miles south of Quartzsite along US Highway 95, then going left on a signed and maintained gravel road. Drive 7 miles east to the parking lot and trailhead. For more information, contact the refuge at 928-783-7861 or www.fws.gov/refuge/kofa.