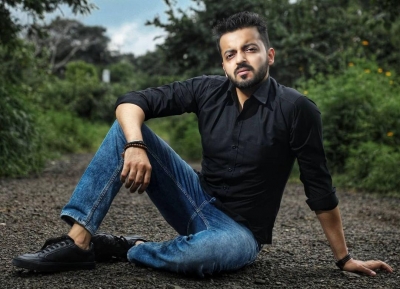 Mumbai: Actor Bhavoirh R Bhatijaa, who starred in the Bollywood movie “Student of the Year 2” with Tiger Shroff, enjoys hosting and hosting events, besides acting.

He says, “My acting career has been pretty on and off as anchoring keeps me busy. By the grace of God and the blessings of my lovely audience, it’s been a fantastic flow of events for me and the graph has been steadily increasing. I keep giving auditions for acting projects, like a week before I audition for a Dharma movie where, if selected, I’ll share the screen with Vicky Kaushal.

The actor who is frequently seen on TVCs and has the opportunity to share the screen with Bollywood legend Amitabh Bachchan, continues to reveal his love for acting.

He adds: “I like to do both equally, but yes, acting has a special place in my heart, they have their own similarities and differences.

“Like I was totally using my acting skills while I was hosting a show doing various characters and completely being that person for that particular part, so in a way what I love the most about the acting helps me do that in anchoring too. Forget yourself and become someone else. Both give me different joy and contentment. My acting journey has been slow and I can’t wait to work more on my art and soon there will be an increase as well.

Bhavoirh also starred in the movie ‘Nirmal Anand Ki Puppy’ and a Tollywood movie, ‘A Lie’.