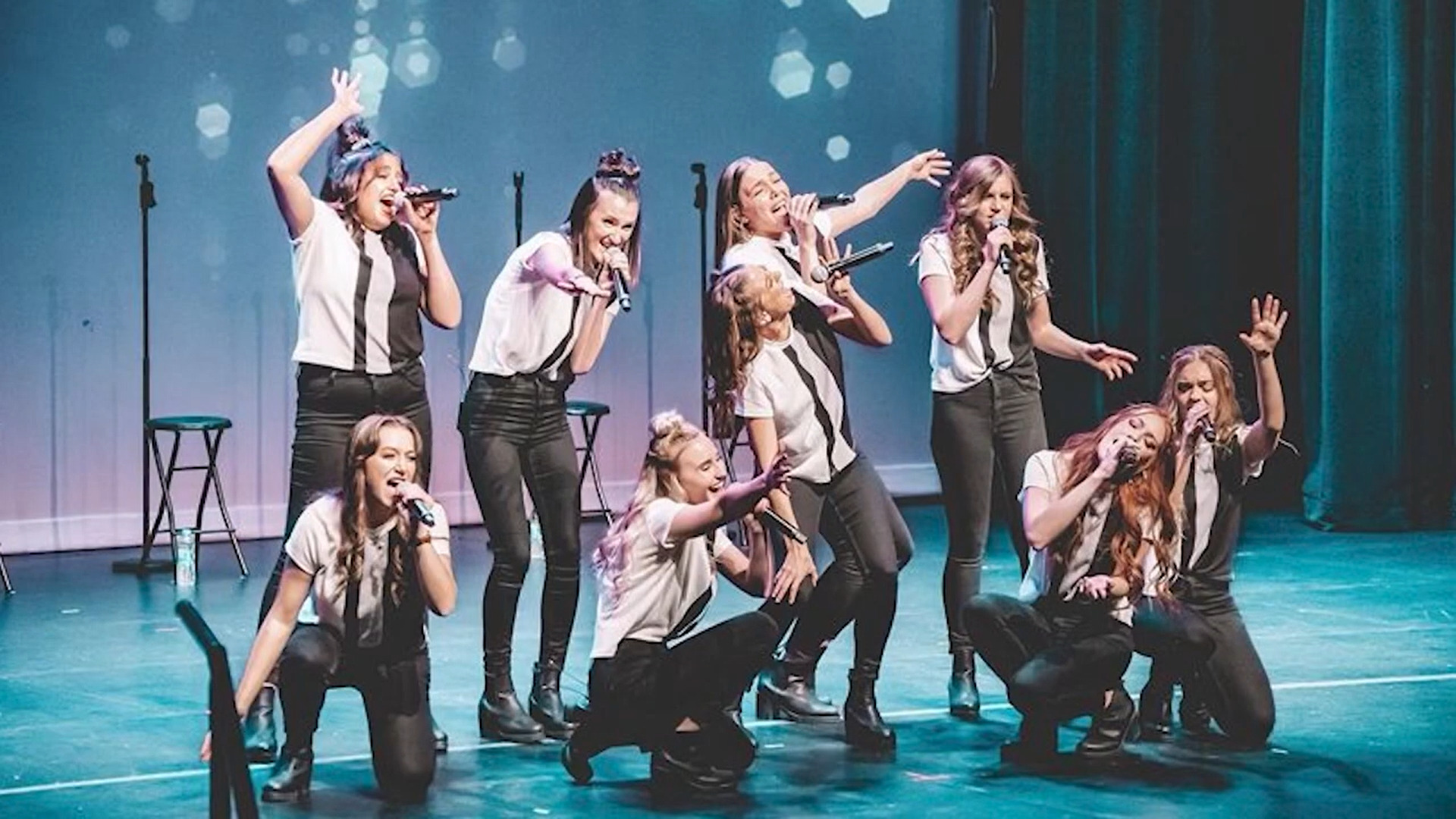 BYU Noteworthy finished its season with a fourth-place finish at the International Collegiate A Cappella Championship Finals in New York on April 23.

This year marked the first time the group had made the final round since 2007, when Noteworthy became the first all-female a cappella group to win the competition.

Skylar Mertz, a psychology graduate this semester, said the final was the perfect way to end her time at Noteworthy. “I just feel like we really went out with a bang,” she said.

Remarkable began the road to ICCA competition in the Southwest Quarterfinals on February 5. With a first-place finish, they qualified for the semi-finals in Phoenix on March 19.

When competing in the semi-finals, only the first-place group would advance to the finals. Mertz said that while this performance was the most taxing for her, she felt the band was ready to give it their all.

“I think we all knew when we got on stage and played in the semi-finals, it was the best we’ve ever played together,” she said. “We were so connected, spiritually, mentally and physically.”

Placing first in the semi-finals allowed Noteworthy to travel to New York for the final.

Mertz said their goal was to take the audience on an emotional journey. They performed arrangements of “River Deep, Mountain High” by Tina Turner, “Where Is The Love?” by The Black Eyed Peas and “Salute” by Little Mix.

“We really wanted to do that with our CICA set,” she said. “Just show the audience what good performers we are and how we can really send a message and not just sing.”

In the middle of the competitive season, the band had some difficulty juggling school and work with rehearsals. Despite the stress, Noteworthy member Grace Ibarra said the weeks leading up to the semi-finals had brought them closer than before.

“We felt really good to have worked and grown together as members of Noteworthy, and I think that was the most important part,” Ibarra said.