Children’s place (NASDAQ: PLCE – Get a rating) was downgraded by StockNews.com from a “buy” rating to a “hold” rating in a research note released Wednesday to investors.

Children’s place (NASDAQ: PLCE – Get a rating) last released its quarterly earnings data on Wednesday, March 9. The company reported EPS of $3.02 for the quarter, beating the consensus estimate of $2.82 by $0.20. Children’s Place had a return on equity of 104.74% and a net margin of 9.77%. The company posted revenue of $507.80 million for the quarter, compared to $537.73 million expected by analysts. During the same period last year, the company posted earnings per share of $1.01. Children’s Place revenue increased 7.4% compared to the same quarter last year. As a group, sell-side analysts expect Children’s Place to post EPS of 11.39 for the current fiscal year.

Separately, director John E. Bachman acquired 2,500 shares of the company in a transaction dated Wednesday, March 23. The shares were purchased at an average price of $48.83 per share, with a total value of $122,075.00. The purchase was disclosed in a document filed with the Securities & Exchange Commission, accessible via the SEC website. 3.57% of the shares are held by insiders of the company.

About Children’s Square (Get a rating) 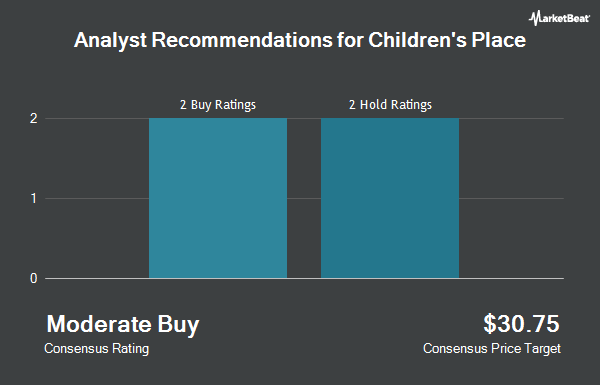