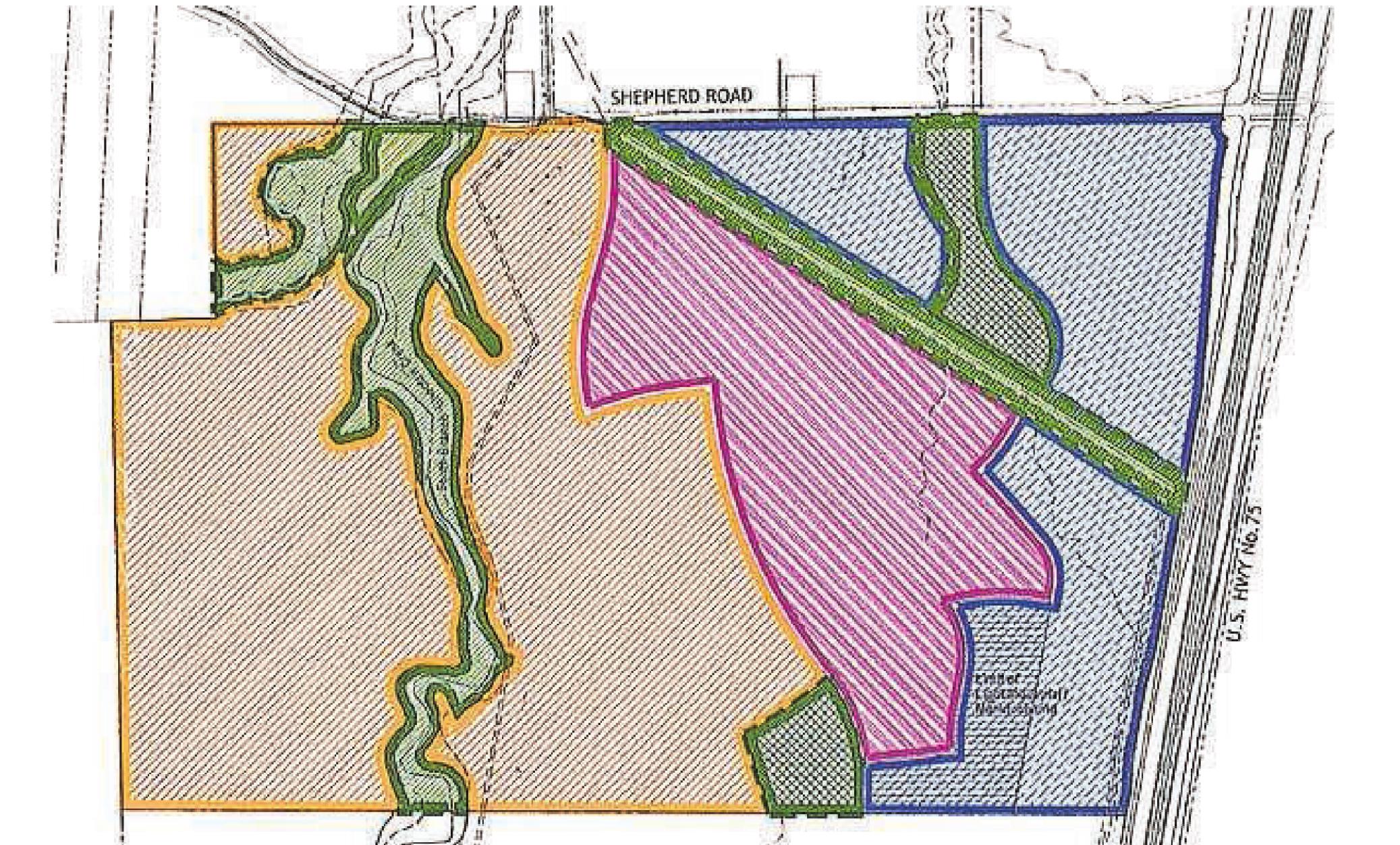 Sherman has formalized its role in the development of a new, nearly 530-acre mixed-use development along Shepherd Drive.

The upcoming development, Shepherds Place, is expected to feature up to thousands of new homes alongside commercial and retail elements. The development is expected to be the city’s fourth development to use the city’s planned development ordinance. As with previous developments, including Bel Air near FM 1417 and US Highway 75, the agreement outlines what infrastructure the city will need to build and what developer Sparks Shepard Ventures, LLC’s requirements and expectations are.

The city council recently approved a master plan that outlines the city’s responsibilities for improving infrastructure.

The city’s approval included two development agreements related to the project in May. The first relates to a 140-acre portion of the site focused on commercial and retail developments. The second agreement will cover an additional 391 acres which will be the residential center of the development.

Under the terms of the agreements, the city will be responsible for building major infrastructure, including extending and upgrading Shepherd Drive into a four-lane road. Other improvements outlined in the agreement include the extension of a 24-inch sewer line that currently terminates near the Finisar complex and other water and sewer system improvements. A Municipal Utility District will also be established for the Project.

The developers will be responsible for building all other infrastructure.

The agreements each state that the city will be required to create a tax increase reinvestment area for the project. The zone will set aside a portion of property tax revenue in the zone beyond the initial base value.

Previously, the city used this tool to fund improvements within the boundaries of the area. With regard to planned developments, zones have also been used to enable developers to recoup their infrastructure costs.

For neighborhoods, the city is prepared to set aside 40% of its maintenance and operation rate in the neighborhood for infrastructure improvements.

Infrastructure costs for the city are expected to be at least $3.8 million.

Despite this expense, the development should be a boon to the city. Residential development in Shepherd’s Place is expected to increase the city’s property tax base by $350 million to $400 million with nearly 1,000 new single-family homes and 2,000 new multi-family units.

The commercial sector is expected to increase the city’s sales tax base, and impact fees could bring in an additional $3 million.