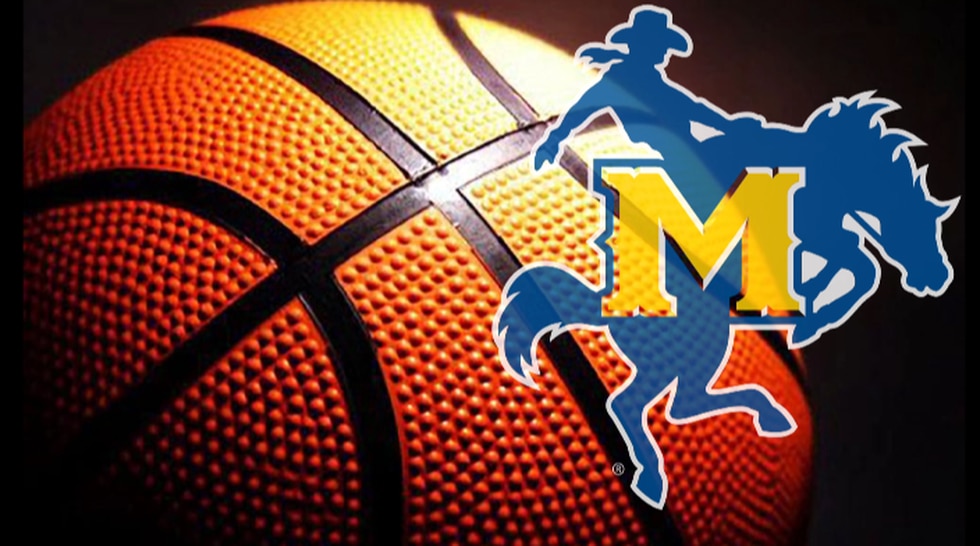 NEW ORLEANS – A slow start for McNeese coupled with a hot first-half shot by New Orleans was too much for the Cowboys to overcome on Saturday afternoon, despite some valiant second-half efforts, as the Cowboys gave up an 88-75 Southland Conference game to first place the Privateers.

Worse, McNeese was without league three-point leader Zach Scott with an injury he suffered against Nicholls on Thursday. Without their sniper, the Cowboys went just 2 of 17 from behind the arc.

The loss was the second in a row suffered by the Cowboys as they fell to 10-18 on aggregate and 4-7 in the league. UNO helped its chances of earning a double bye to the conference tournament in two weeks as it retains its top spot in the standings improving to 9-1 in the conference and 16-9 overall.

Christian Shumate led five Cowboys in double-digit scoring with 20 points to go along with a record nine rebounds. Collin Warren added 12 points, Trae English 11 and Myles Lewis and Kellon Taylor with 10 each.

McNeese made things interesting around the park by 6 minutes by cutting the deficit to 71-62, but the Privateers went on an 8-0 run to regain a 79-62 lead. The Cowboys came within 10 a few times later, but UNO made plays when it came to keeping McNeese at bay.

McNeese trailed 44-27 at halftime after starting to hit just 1 of 8 from the field.

The Privateers built a 40-18 lead with 2:22 remaining in the half before the Cowboys finished the final two minutes on a 9-4 run.

Earlier, while leading 10-6, the Privateers scored seven straight points to take their first double-digit lead at 17-6 with 11:30 on the clock. McNeese came back with five straight points behind a Shumate layup and a plus-1 Warren layup to narrow the margin to 17-11.

UNO went on a 10-0 run over the next two minutes to build a 27-11 lead. The UNO margin hovered between 16 and 22 points until McNeese came on to finish the half.

McNeese will return home Thursday when he hosts Texas A&M-Corpus Christi at 7:30 a.m., following a women’s matchup between the two schools.