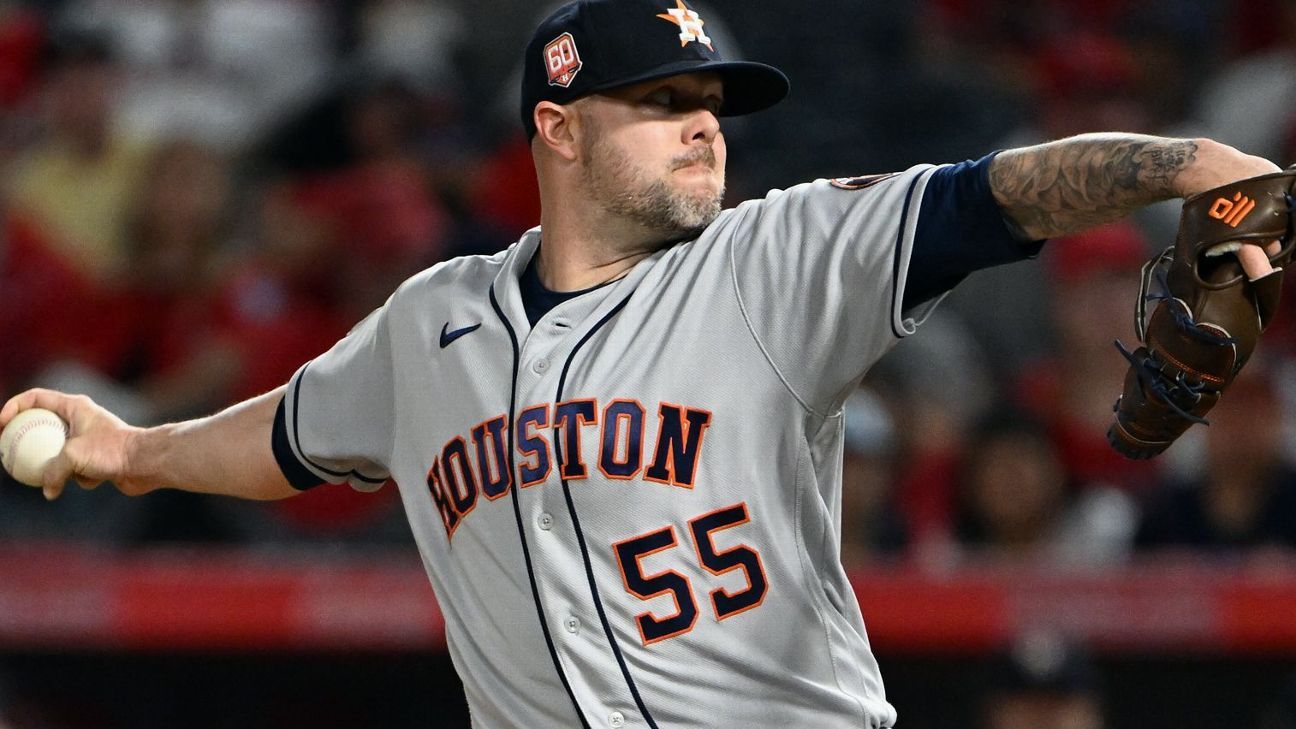 SEATTLE — The Houston Astros placed Ryan Pressly closer to All-Star on the 10-day injured list Saturday with inflammation in his right knee.

The right-hander appeared in four games during the first week of the regular season. Manager Dusty Baker said Pressly was bothered by pain for a few days and the team sent him back to Houston for further examination.

Pressly’s speed had been noticeably reduced in his early appearances, but Baker didn’t think the knee issue was a factor. Pressly was 0-1 with a 2.70 ERA and three saves to start the season.

“I asked him and he said he didn’t think that was the case. It’s also your spread leg,” Baker said. “He’s a badass and he’s not going to make excuses. Like I said, we just have to prove him right.”

Baker said the closest point would likely be a combination of guys depending on matchups, but specifically mentioned Rafael Montero, Hector Neris and Ryne Stanek.

Designated hitter Yordan Alvarez was also back at the stadium after missing several days with a non-COVID illness. Baker said Alvarez will go through pregame practice and then be assessed on when he can return to the lineup.