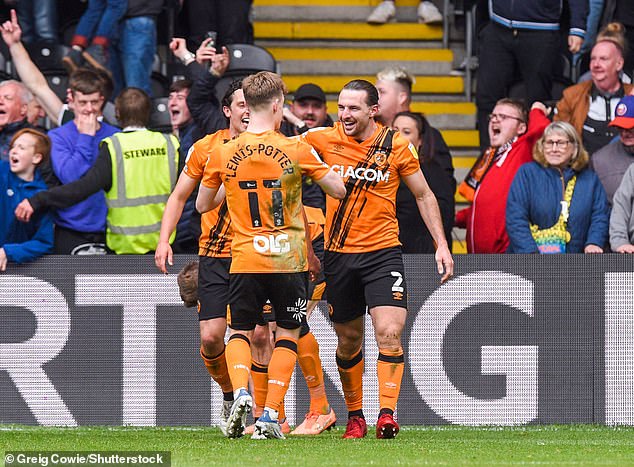 Fourth-placed Nottingham Forest will face Sheffield United in the Sky Bet Championship play-off after being held 1-1 at Hull.

But with Forest fans in party mode, Hull equalized just two minutes later through Keane Lewis-Potter, who impressively powered in Lewie Coyle’s cross from the right. 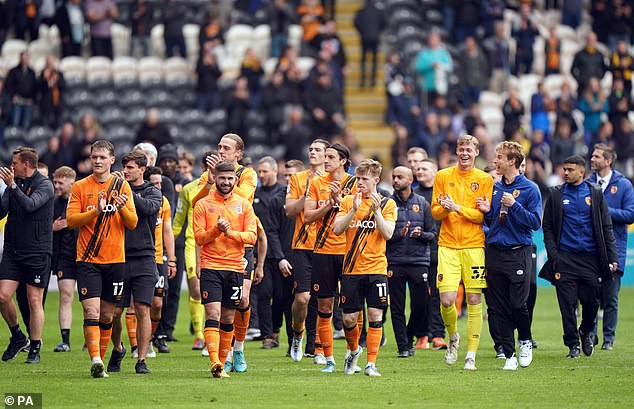 A draw was a fair result as the visitors, who – having made seven changes since the defeat to Bournemouth earlier in the week – lacked company against a Hull side with nothing to play for.

But with manager Steve Cooper keen to protect his big players from injury and suspension, this result should not be taken at face value.

Forest would have posed a far greater threat to Hull had they fielded their best starting XI, but it was a classic end-of-season encounter – until play exploded during stoppage time.

Hull, embarrassed by their 5-0 defeat at Bristol City last weekend, at least tried to make a game of it early on. 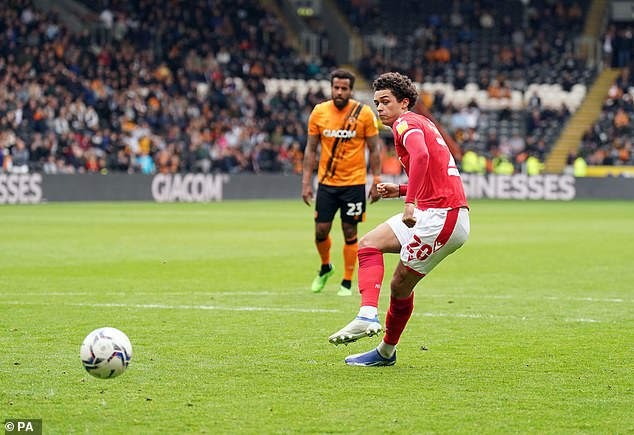 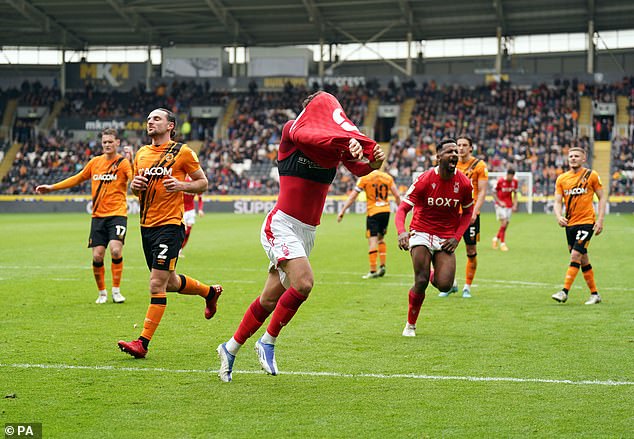 But they were largely held at bay by a Forest side clearly preparing – mentally and physically – for a crucial few weeks in the club’s recent history.

Hull were slightly better than their rivals in the first half, with Allahyar Sayyadmanesh a continual threat up front.

Indeed, Sayyadmanesh had the best chance before the break when he took advantage of a defensive confusion between Brice Samba and Tobias Figueiredo after 26 minutes.

The Iran international was not well placed to make a clean connection in a good position and pushed the ball wide for a goal kick.

Man of the match Sayyadmanesh was also unlucky after 58 minutes when he came within a stud to connect into Callum Elder’s dangerous cross from the left.

Cooper might have hoped for a positive response from that near miss, but the collective mindset of his players was to remain diligent rather than dynamic.

That was until their manager brought in Johnson and Surridge just after the hour mark. 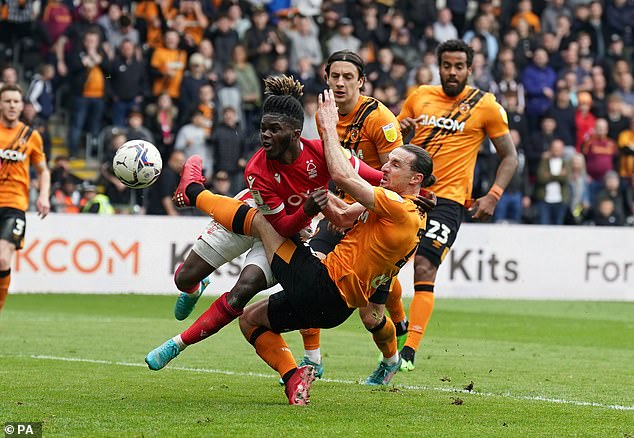 Surridge was well placed to convert the rebound, but Baxter stayed big and strong to deflect danger.

Cheerful Forest supporters might have expected their team to kick off.

But Hull were a persistent threat at the break and perhaps should have done better when Lewis-Potter could not precisely control Sayyadmanesh’s powerful cross from just outside the penalty area.

Substitute Tom Eaves should also have done better with a wayward header off Lewis-Potter’s lobbed dink towards the back post after 82 minutes.

Unlike the game in normal times, the match ended in style, with Brennan scoring from the spot before Lewis-Potter equalized in the dying embers.

Here’s Sportsmail’s live blog for updates on the final day of the Championship season, with Sheffield United, Luton, Middlesbrough and Millwall still battling for a play-off spot.