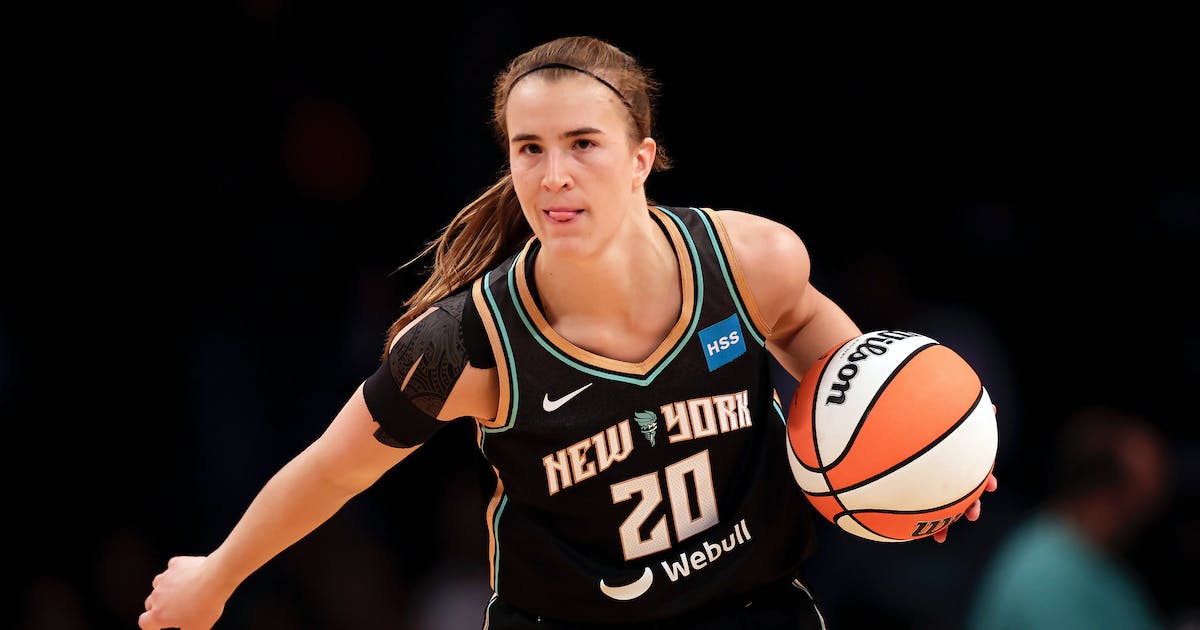 Lynx loses to Liberty, drops in WNBA last-place half game

With the clock ticking with less than a second remaining in the first half, Sabrina Ionescu fired a shot down the half-court.

The buzzer rang. The ball sank. It was such a deep shot that it didn’t register on Ionescu’s shot board.

The 2020 No. 1 draft pick fueled a high-octane offense in New York on Tuesday night, scoring 26 points on 10-for-11 shooting, including a perfect 4-for-4 from deep, as the Liberty rolled over the Lynx 88-69 at Barclays Centre.

“They played a lot harder than us,” Reeve said. “Their attacking pace, their willpower, far surpasses ours. And every time that happens for us, we’re not a very good team.”

The loss dropped the Lynx to 3-9 on the year, again putting them bottom of the Western Conference and second to last in the WNBA, just half a game ahead of the Indiana Fever (3-10) .

Minnesota had won the first two games of the year against New York, including Sunday, but the scenario changed Tuesday. Behind Ionescu’s near perfection, the Liberty shot 46% from the field and 36% on 33 shots from deep – even with Ionescu resting in the fourth quarter.

It was an offensive clinic the Lynx couldn’t hope to match.

“Upgraded people? Yeah, that’s not gonna happen,” Reeve said. “I’ve had a lot of teams who could maybe say, ‘You know what, let’s just try to outplay them’ and probably win. It’s not that team.”

Rachel Banham summed up the night for Minnesota with a play midway through the second quarter.

Working in the corner, a New York defender knocked the ball out of her hands. Banham recovered and set up to shoot only to have the ball dislodged again. As the shot clock ticked, she threw the ball in a desperate attempt at the side of the glass. She pulled her blindfold over her eyes as she came back on defense.

“We couldn’t generate offense,” Reeve said. “We go from having a very effective game and then in the very next game your defense is going to take a beating when your offense is that ineffective.”

The Lynx shot 33% from the field and made just three of 22 three-point attempts.

Aerial Powers, who tied a career high on Sunday, scored no points before halftime. She picked it up in the second half to finish with 11 but only shot 3 for 12 from the field and 0 for 3 from deep.

Kayla McBride led Minnesota in scoring with 13 points on 5-for-12 shooting. Banham was goalless on six attempts, including four of three. Sylvia Fowles was the only player on the team to shoot better than 50%.

“We weren’t necessarily expecting to have the same Powers game, so you have to get it somewhere else, and we just didn’t,” Reeve said. “I thought Syl was good, but we just couldn’t get much help to score the ball.”

New York rode race after race as Minnesota couldn’t find an answer. An 11-0 streak for the Liberty late in the first quarter put the team back on their feet for good.

Jessica Shepard looked to provide a spark early in the second. She finished a three-point play to open the scoring in the quarter, then on the next possession, deftly redirected a pass into the paint to set up short jumper Evina Westbrook. Westbrook’s mark brought the Lynx within four and forced a timeout in New York less than two minutes into the frame.

Once Powers got on the board later in the second, Minnesota moved within one. But it would never come this close again.

Liberty came out of halftime with a 45-37 lead and on the momentum of Ionescu’s half-court bomb. As if all the shots were in, New York went three separate runs of 6-0 or more in the 10-minute span. The 29-11 third quarter allowed the Liberty to gain 24 points before the fourth.

“Today was very disappointing,” Reeve said. “Because I thought we had made progress [Sunday]and our will was not very strong tonight.”

The Star Tribune did not travel for this event. This article was compiled from the television broadcast and video interviews before and/or after the event.

The new iGB Berlin event will take place in October