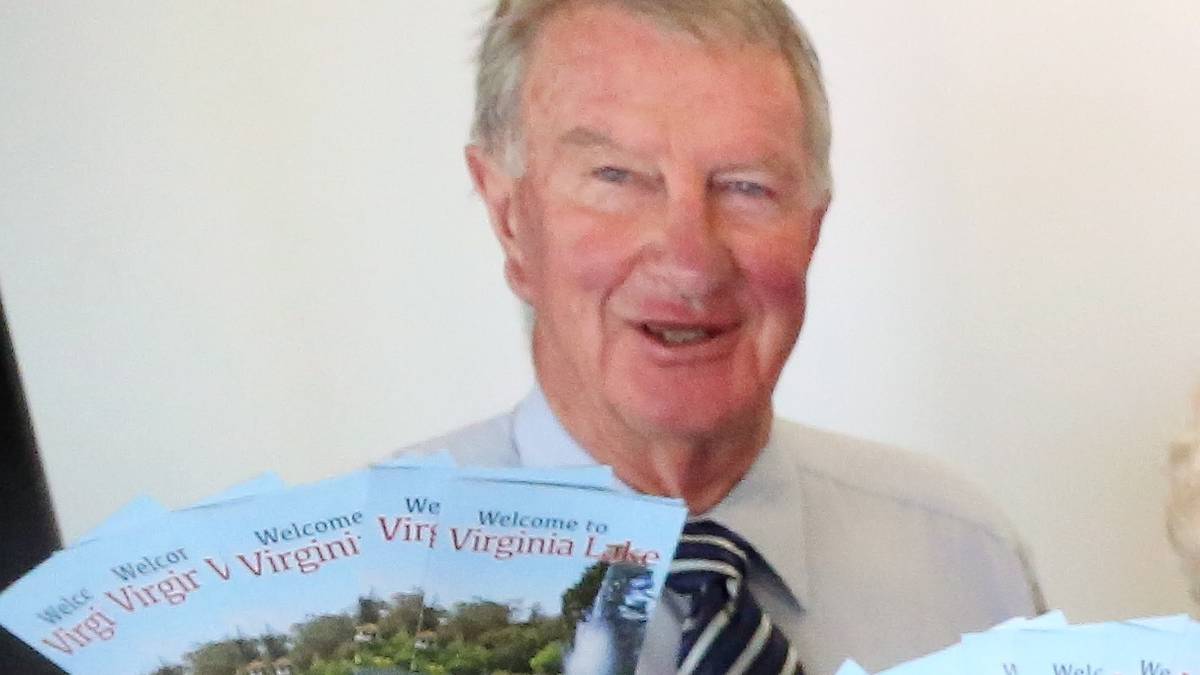 Sandy Dobbin leaves a number of legacies in Whanganui and founded the Virginia Lake Trust. Photo/NZME

You could throw a stone in any direction in Whanganui and it would likely land where Sandy Dobbin left his mark.

From the Kowhai Park playground equipment installed when he was a member of the Jaycees in the 1950s, to the many improvements made to Virginia Lake by the trust he founded in 2000, Sandy has made Whanganui a better place for everything. the world.

Sydney (Sandy) Warwick Dobbin was born in the city and lived all his 90 years in Whanganui.

He passed away peacefully at Jane Winstone Retirement Village last month and his life was celebrated with a service at Whanganui Collegiate Chapel on June 17.

His daughter, Kate, said her father was always known as Sandy, although she doesn’t know where that name came from.

“We think Sandy was short for Sydney because dad’s dad was also Sydney,” she said.

“It could have been his hair color as he was blonde when he was younger, but he was always affectionately known as Sandy.”

Sandy attended Whanganui East School before receiving a scholarship to study at Whanganui Collegiate where he would later become a board member and longtime president.

He met Sue Bernau from Wellington while she was teaching at Whanganui Girls’ College.

The couple married and settled in Whanganui where they raised their four children – Tim, Kate, Emma and Matthew.

Sandy began working as a junior clerk at the accounting firm Holland & Brown in 1950 and qualified as an accountant by taking evening classes. He then became a partner in the firm and worked there for 62 years through several name changes.

Along with his “day job”, Sandy served on numerous committees and trusts and served two terms as a Wanganui city councilman.

“He served the community in many ways.”

McDouall said he remembered Sandy for his community spirit, kindness and height.

He recalls seeing footage from the National Film Archive of the day a man in a 2.8m robot suit traveled to Whanganui to celebrate the opening of the industries fair in 1960, when Sandy was a member of the executive that organized the fair.

“Sandy stood out in the crowd because he was the tallest person next to the robot,” McDouall said.

As a father, Sandy was devoted, and his eldest son, Dr. Tim Dobbin, who recently returned from Canada where he is Archdeacon of Christ’s Church Cathedral in Hamilton, Ontario, remembered that devotion during the service. farewell from his father.

He recalled his father’s sensitivity and concern for the feelings of others, especially his children.

“Dad had a way of making us feel like we mattered,” he said.

Tim remembers a time when, as a young student living abroad and suffering from toothache, a local dentist called him to inform him of an appointment.

His father had made the reservation from Whanganui and Tim said he was grateful afterwards for the removal of his affected wisdom teeth.

Sandy had his own overseas adventure when he sailed to England with Whanganui author and former Chronicle editor Arthur Bates in the 1950s.

They enjoyed visiting all the exotic stops on the way and traveling through Europe before returning home.

While continuing his consultancy work after his retirement, Sandy was also busy with his community commitments working with Hospice Whanganui to establish its base at Virginia Rd and its charity shops.

He played charity golf and was also a member and chairman of the Akoranga Education Trust, which continues to fund scholarships and summer schools for UCOL Whanganui students.

In the late 1990s, Sandy invited interested members of the community to join him for morning tea to discuss ideas for improving Lake Virginia.

He was thrilled when 60 people showed up and the meeting led him to his new “job” as founding trustee and president of the Virginia Lake Trust.

He served on the trust until the other members reluctantly accepted his resignation last year.

“Prior to Sandy’s passing, our trust had been working for several months on some sort of lakeside recognition for him, which will take the form of an interesting sculpture.”

Coxon said Whanganui artist Cecelia Kumeroa was asked to work on a design concept for the sculpture.

What better place to be? | Local