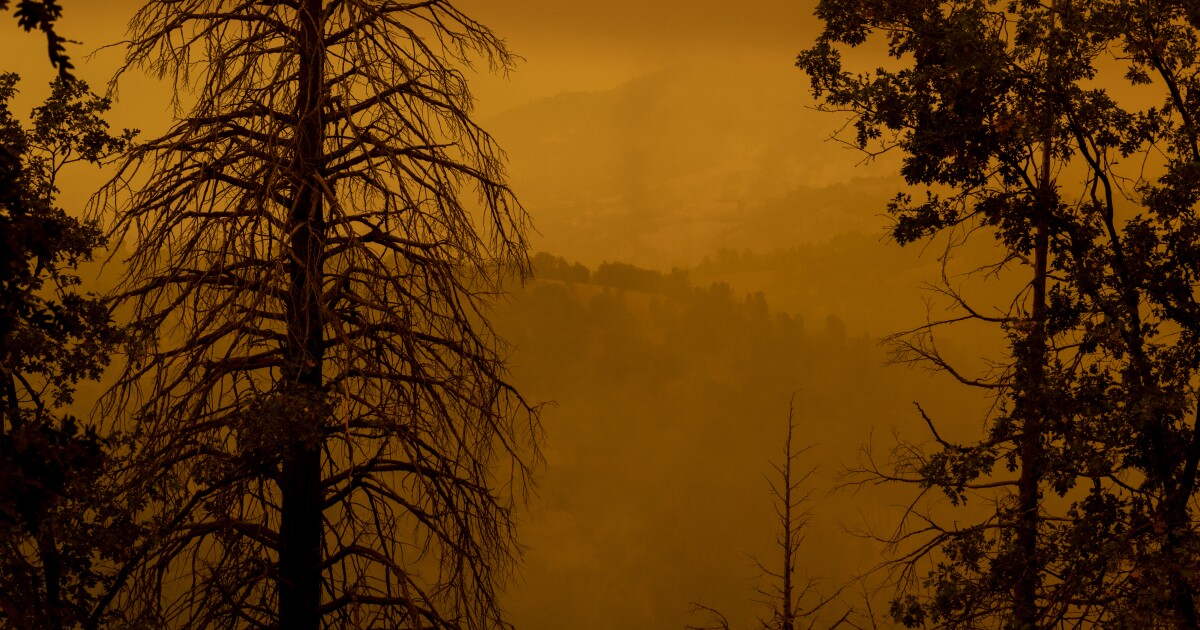 This piece is part of a two-part series on climate change, poetry, and solastalgia – the distress caused by environmental change occurring in one’s own home. Read the poems discussed below in the companion article: “4 poems about wildfires, climate change and loss”

The past month has brought a series of horrific climate headlines. The Great Barrier Reef suffered another massive bleaching event and, for the first time in human history, an ice sheet in East Antarctica collapsed. Soon we will be entering another fire season, although the memory of last summer’s smoke still grips my chest. As an environmental journalist, I read and write about the symptoms of our climate change, and I can never get rid of a slight buzz of anxiety.

Since the early 2000s, this anxiety has had a name. Glenn Albrecht, an environmental philosopher at the University of Newcastle in Australia, coined the term ‘solastalgia’ – the distress caused by environmental change. In his article defining the term, Albrecht wrote that solastalgia is:

“the pain felt when one recognizes that the place where one resides and loves is under immediate assault […] In short, solastalgia is a form of homesickness that one experiences when one is still at “home”.

Whenever I particularly get bogged down in Albrecht’s solastalgia, I turn to poetry. Poetry may not be the solution to climate change, or even the cure for solastalgia. But for me, it’s a place to come to grips with crisis — not just conceptually, but emotionally as well.

What is the difference between
poetry and prose you know the old prose analogies
is a homemade poetry a man in flames who runs
fairly quickly through it.

One record wildfire season after another, at a time when we feel like both the burning house and the man walking through it, poetry can help us address climate change – and perhaps even point us towards a greener future.

In “For the Sake of the Land,” climate change impacts the mental health of farmers, ranchers, and ranchers in rural areas.

For the love of the earth

So much is lost at once – ice caps, forests, cities, coastlines – it’s almost hard to track the damage.

In late 2017, Camille Dungy watched from her home in Colorado as flames tore through more than a million and a half acres of the state where she grew up. She watched the CALFIRE app as smoke engulfed California. It was, at the time, the most devastating wildfire season on record, a title that would not be beaten until the following year. “It’s scary to see places you know put in jeopardy in such dramatic and devastating ways,” Dungy said. “Even then, I think I knew it wasn’t the end.”

Dungy is a poet, and that fall the fires seeped into his writing. Confronted with the enormity of the loss, Dungy’s poem on fire is tender. In “This Beginning May Always Meant This End,” she lovingly catalogs her relationships with the plants and animals of her childhood home in the hills of Southern California. His narrative of the landscape (“everything I loved, chaparral pea, bottlebrush, jacaranda, mariposa, pinyon, and desert oak”) expresses a deeply personal and uniquely Californian sense of place. The fire only makes a brief appearance at the end (“everything could ignite just as quickly, could flare up and be gone”).

For Dungy, it seemed natural to focus more on his intimate connections within ecosystems than on the flames themselves. After all, she says, it is precisely because she loves this landscape that she worries about her loss. “It’s one of the things that poetry is, for me,” Dungy said, “a place where I matter with disaster.”

Other Californian poets have also considered the fire season in their work. “Particulate Matter” by Molly Fisk, written in 2018, documents the aftermath of the Camp Fire, the deadliest and most destructive wildfire in California history. Fisk, who lives 50 miles from the burnt area of ​​Camp Fire, does a similar kind of cataloging in her poem: she takes stock of everything that is consumed in the fire and turned into smoke. “Particulate Matter” is out of the mundane: “Arco, Safeway, Walgreens, the library – whatever they contained.” to the horrible: “their bark and their leaves and their hooves and their hair and their bones, their / final cries, and our neighbours: so many particular, precious, irreplaceable lives that despite ourselves we inhale. Where Dungy’s poem focuses on his relationship to the California landscape before the disaster, Fisk attempts to sift through the ruins.

Where Dungy’s and Fisk’s poems testify to what is lost due to climate change, both allude only indirectly to the cause of the destruction. stevie redwood’s poem “Fire Engines” is more explicit. Redwood points to both climate-induced drought as the cause of the abnormally long fire season (“The ground is thirsty for respite and water / body, parched and desperate / to burn”), as well as colonization and breaking Indigenous fire management strategies like cultural burns (“Fire season has been raging for far too long, stoked by generations/negligence and genocidal engines.”) As the three poems address solastalgia after a fire in forest, naming land dispossession and other forms of exploitation explicitly gives Redwood’s poem a lens into the root causes of the crisis.

Climate change is a slippery thing to wrap your mind around. Solastalgia comes and goes, and it doesn’t affect us all in the same way. In one part of the country, it is easy to ignore abnormally hot weather; in another state, the ashes fall like rain and entire towns are wiped off the map. If poetry can help us take stock of the causes and consequences of climate change, can it also point a way forward?

In “A Sonnet at the Edge of the Reef”, Craig Santos Perez navigates solastalgia as he raises his young daughter. The speaker’s daughter discovers the beauty of coral reefs at the aquarium. Later, while reading a book on the Great Barrier Reef, the speaker wonders how to explain climate change to him, and what to hide: “We are not talking about / bleached, lab-grown or frozen corals . / And isn’t our silence, too, a kind of shelter?

Perez had struggled with environmental themes in his work throughout his career. As an indigenous Chamoru poet who grew up in Guam, he saw the toxic legacies that militarism and colonization left on the land. When he came across the concept of solastalgia, it resonated with him. “The idea of ​​solastalgia really appealed to me,” says Perez. “It gave voice to a feeling I had had for a long time, growing up in Guam and seeing the environment degrade and become contaminated over the years.” Climate change only entered his poetry in 2014, when his wife became pregnant with his daughter. Becoming a new father, combined with growing awareness of climate change via headlines, brought these themes together in his work.

Much like Dungy, poetry for Perez is a space to work through difficult emotions around climate change. Perez also believes poetry can help build ecological awareness and a connection to the earth. “Colonial ideologies view the natural world as an empty space that exists for humans, and men in particular, to exercise dominance,” Perez explains. “I think poetry is a great way to critique these colonial ideologies and revitalize Indigenous narratives about land and water.” In doing so, “I hope the values ​​embedded in these stories can teach us a sustainable way of living with the world,” says Perez.

In the face of loss and grief, Perez finds poetry gives him the energy to keep moving forward. “Turning to art and poetry as an act of creation rebuilds and restores my spirit.” He says: “If I can continue to take all of these destructive events and all of these difficult emotions and create something that someone else might find beautiful and inspiring, it might give us the strength to keep fighting for what we like.”