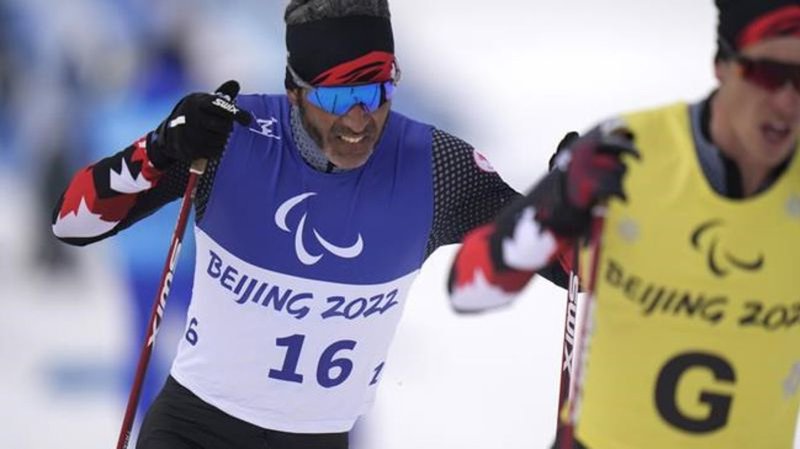 Paralympic sport in a much better place thanks to McKeever, Westlake, Bridges of Canada

“These days everything is taken care of,” Bridges said. “Literally everything.”

The three are not only among the greatest Paralympians in the world, they have also pushed the boundaries of parasport in Canada and helped reshape the way Canadians and the world view athletes with disabilities.

“When I started it was a bit more amateur, people had day jobs,” McKeever said. “There wasn’t a lot of funding and very few of us were, say, full-time professionals.”

The 42-year-old from Canmore, Alta., won three gold medals in Beijing to cap off a spectacular career. With 16 wins, he tied Germany’s Gerd Schoenfelder for the most titles by a male Winter Paralympian.

McKeever is retiring after winning 20 medals in six Games, many with his brother Robin as his guide. Robin is the head coach of Canada’s Para-Nordic team, and the two shared a long hug after Brian’s last race on Sunday, a sixth-place finish in the open relay.

Brian McKeever said he and his brother are “super proud” of how they’ve pushed Para-Nordic skiing.

“The level hasn’t necessarily increased over the years, but it’s gotten much deeper because now you can’t win without being a full-time professional. We’ve instilled a lot of those values ​​in our teammates as well, namely, you have to train like the Olympic side does,” said McKeever.

“Just because we have physical difficulties doesn’t mean we can’t train for the same hours and have the same dedication.”

McKeever said he didn’t know when he started his career that “Para” at the Paralympic Games actually means “Parallel Games”, not paraplegic, a common misconception.

“So we also have a little marketing problem,” he said.

McKeever, who has no central vision and only a little peripheral vision due to Stargardt disease, said Taiki Kawayoke became Japan’s youngest winter Paralympic champion at 21 at the start of the Games. McKeever had done technical coaching with the Japanese team when Kawayoke was 12 years old.

“Now he’s in a varsity ski program, training with their Olympic athletes, and the team leader from Japan, who’s been a friend of ours for many years, said, ‘We’ve learned from you guys, that you have to train with the best.’”

If McKeever has one regret, it’s not competing in the 2010 Olympics in Vancouver. He qualified in the 50 kilometer race but was a substitute on race day, a decision he said was beyond his control. He is proud of his 21st place finish — Canada’s best result — in the men’s 15 kilometer freestyle at the 2007 world championships for able-bodied athletes.

Westlake, a 35-year-old from Oakville, Ont., is retiring after his fifth Paralympic appearance and with one gold, two silver and one bronze.

He has been a constant voice not only for high performance Paralympic sport, but for sport for all Canadians living with a disability.

“I visit a lot of hospitals in Ontario, mostly in the Greater Toronto Area,” he said. “There’s a whole other side to it, it’s just that there are a lot of people living with disabilities who need to feel the benefits of making friends through sport, and playing the game that they love and to do it in a different way… I’m very passionate about it.

Westlake, born with malformed feet and amputated both legs below the knee before he was 18 months old, said he made sure to soak up every moment of his last Paralympic appearance.

“I liked watching the Games through the eyes of the youngest. . . it was really special and really fun for me to be here,” he said. “I left everything there, not a shift I took off. I was able to enjoy every moment, and I can’t say the same for some previous Games.

Bridges, meanwhile, is undecided about his playing future. The 37-year-old would like to continue depending on his body resistance.

While Canadian athletes have contributed enormously to expanding the boundaries of parasport over the past two decades, there is still much work to be done.

Canadian Olympians who won medals at the Games in Tokyo or Beijing were rewarded financially — $20,000 for a gold medal, $15,000 for a silver medal and $10,000 for a bronze medal. Paralympic medalists did not receive any medal bonuses.

“It’s been long overdue,” said Josh Dueck, Canada’s Chef de Mission in Beijing and three-time Paralympic medalist in sit-skiing. “I feel like that reckoning point will happen in the next couple of years. I’ll believe it when I see it, when it’s written, but I really feel like some of the conversations that happen in the backstage is that everyone is aware that it’s overdue.

Bridges, who has spina bifida, said the addition of women’s para hockey was also long overdue. This is one of the main reasons for the huge gender gap at the Paralympic Winter Games, where women made up just 24% of the 564 international athletes competing.

Bridges, a native of Kensington, PEI. – he and Small have a six-year-old daughter named Kensi for her hometown – said that when he first played the game in 1995, half of his teammates were girls.

“It’s time, holy cow,” he said. “I know that hundreds, if not thousands of women play around the world. I know that if they have a women’s tournament at the Paralympic Games, teams will show up. I know countries like China are not going to turn down an opportunity to win the medal. And don’t team up. There are so many chicken and egg arguments and I’m sick of it.

“I was raised by two mothers, women’s sport has always been my favorite. And there’s no better time than the present to get a women’s division at the world championships, the Paralympic Games.

Small hosts an annual women’s hockey camp in her hometown of Winnipeg. They bring sleds and Bridges leads a para-hockey session with the girls.

“The difference that makes the lives of these young girls is that they then expose the kids in their school who might have a disability, to parasport,” Small said. “He’s just become this iconic figure for so many kids who see him as an amazing hockey player, not someone confined to a wheelchair.

“I’m proud of so many things about him,” she added. “But it’s just that daily mindset change that I see even when we go grocery shopping, or when I see him step on the ice with kids who’ve never seen (para hockey ) previously. For me, it’s so special.

This report from The Canadian Press was first published on March 14, 2022.

‘The world’s most polluted island’ is charted in the wrong place, says Britain’s Royal Navy