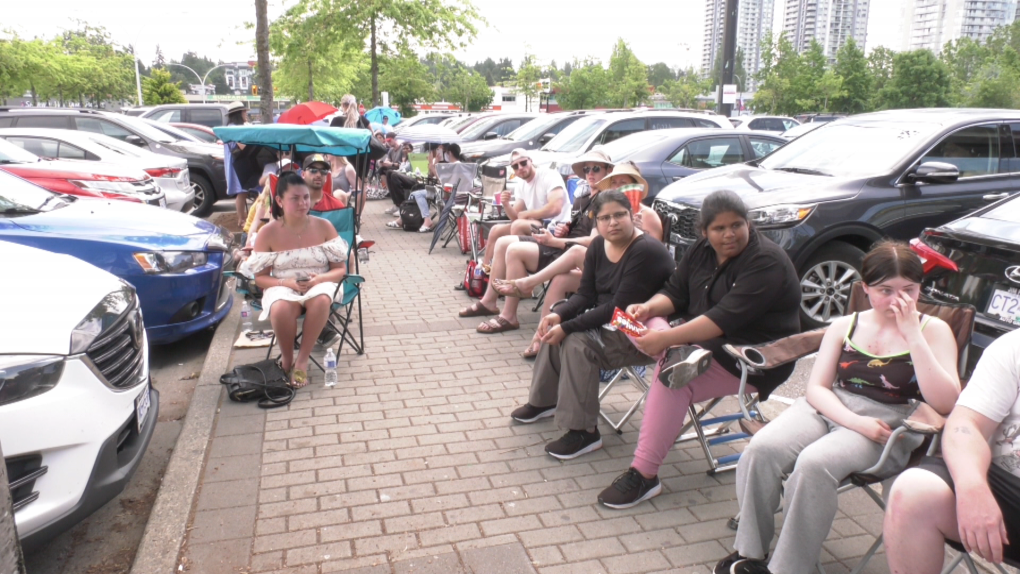 After months of complaints that people camping outside the passport office in Surrey, British Columbia, were receiving little or no information from Service Canada managers inside, new measures to triage are now in place to alleviate long queues and frustration.

On Monday, managers were frequently outside talking to people in the line that stretched from the entrance to Surrey’s Central City shopping center to King George Boulevard and around the corner. The staff also handed out bottled water.

“They are nice, they talk to people, they provide them with water. But no one has a good answer. The standard response: “We will try to help you,” said Gurpreet Rai.

Regardless of when they lined up, anyone traveling within 48 hours was allowed to head straight inside, which annoyed some people who had spent the night on the sidewalk.

“They have priority, even though we waited here for 12 hours. If they came two hours ago, they pass by. And it’s not communicated to anyone,” said Kamran Sobhani, who had been queuing since midnight.

Those who booked between Thursday and Sunday were given yellow tickets which would give them priority access on a given day this week. This left others with later travel dates wondering what they should do.

“We didn’t know if we would get tickets or if they were going to kick us out,” said Godwin Beaumont, who wanted officials to tell those in line how many tickets would be given out per day, so people could decide. if it was worth the wait.

Sobhani had heard that this number was 60. “But this is information that you find in the line. Nobody is reporting this information anywhere,” he said.

With the wait time for mail-in passport applications now down to eight weeks, British Columbians traveling in the summer have no choice but to line up at Service Canada in person.

But with the Surrey office only welcoming those traveling in a few days, those with bookings in July and August don’t know where to turn.

Unless the backlog is cleared quickly, it looks like summer travelers will have to queue in person in the days before they depart and hope to get their passports in time.

“Some people must be responsible for this action,” Sobhani said. “It’s a shame.”