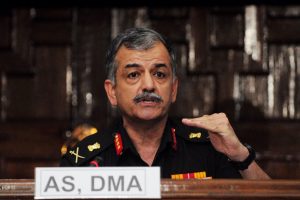 Lt. Gen. Anil Puri, additional secretary of the Department of Military Affairs, said on Sunday that reform was long overdue in the defense recruitment process, and that vandalism and protesters have no place in the ‘army.

Before launching the new recruitment system, two years of studies were undertaken to decide on the lowering of the age, he specified.

“We want to bring youth and experience with this reform. Today a large number of jawans are in their thirties and officers are getting command much later than in the past,” the additional secretary said while speaking to the media here on the Agnipath plan.

He said: “We have been planning this since 1984 and now we have this idea. Booking for retired army personnel has been planned in advance.

Lt. Gen. Anil Puri said ‘Agniveers’ would receive the same stipend in areas like Siachen and other places that apply to regular soldiers currently serving. There will be no discrimination against them in terms of service, he added.

‘Agniveers’ will receive compensation of Rs 1 crore if he sacrifices his life in the service of the nation,” he added.

Talking about the Agniveers training apprehension, he said all the cadets trained in just one year. The youngsters will be qualified for multiple avenues after their release, he added.

Lt. Gen. Puri also clarified that all recruitments would be through the Agnipath program only.

On the ongoing unrest, he said vandalism has no place in the military.