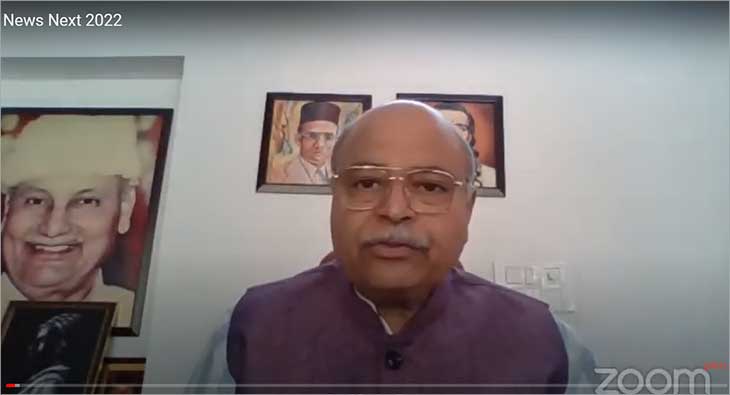 The Exchange4media NewsNext conference featured an informative keynote address by Information Commissioner Uday Mahukar. He explained how the news media industry and political parties should unite to raise their voices against the issues affecting the nation.

The political analyst and author also spoke about the importance of the nation-first approach. He emphasized how the news media industry and political parties should work together.

During the fireside chat on “Impact Journalism” with Ruhail Amin, Editor-in-Chief, exchange4media, Mahukar said, “First report a news development and create waves for impact is journalism. Breaking a story is impact journalism. It’s a vast web and so we should focus on the true impact of journalism. Despite great transparency, found in journalism today, and the role played by social media, we still have a long way to go. I am firmly convinced that we may belong to different ideologies. There is always a place in journalism to report truthfully and truthfully.

He added: “When there is a debate about ideology, people have to share their views. But when there is a development, which has an impact on society and has a profound bearing on the future and the peace of society, then there must be a common minimum program for truthful reporting.

For true impact journalism, there must be an element of reporting truthfully, Mahukar added.

Later in the session he said: “I think there needs to be some soul-searching in the media fraternity and secondly we should take the national first approach. We must first inculcate the theory of the nation, then comes the party, employment and the media. If we want to take this approach, senior leaders need to step up and talk about it. The time has come when senior political party and media leaders should talk about it. »

Further in the discussion, Mahukar said, “There should be a minimum common agenda between media and political parties. There should be a Nation First conference where all senior leaders, in all honesty and humility, must plan and speak with one voice on nation-related issues.

Mahukar also shared his experience in the media industry as an active journalist until October 2020. He was then appointed commissioner in the Central Information Commission. Mahukar is credited with having spent over 34 years in Gujarat as a journalist during which he covered riots, rural development and governance under former CM and now Prime Minister, Narendra Modi. Mahukar is also the author of two books – one on Narendra Modi’s 13 years in Gujarat as Chief Minister and the other on Modi’s 3 years as Prime Minister.