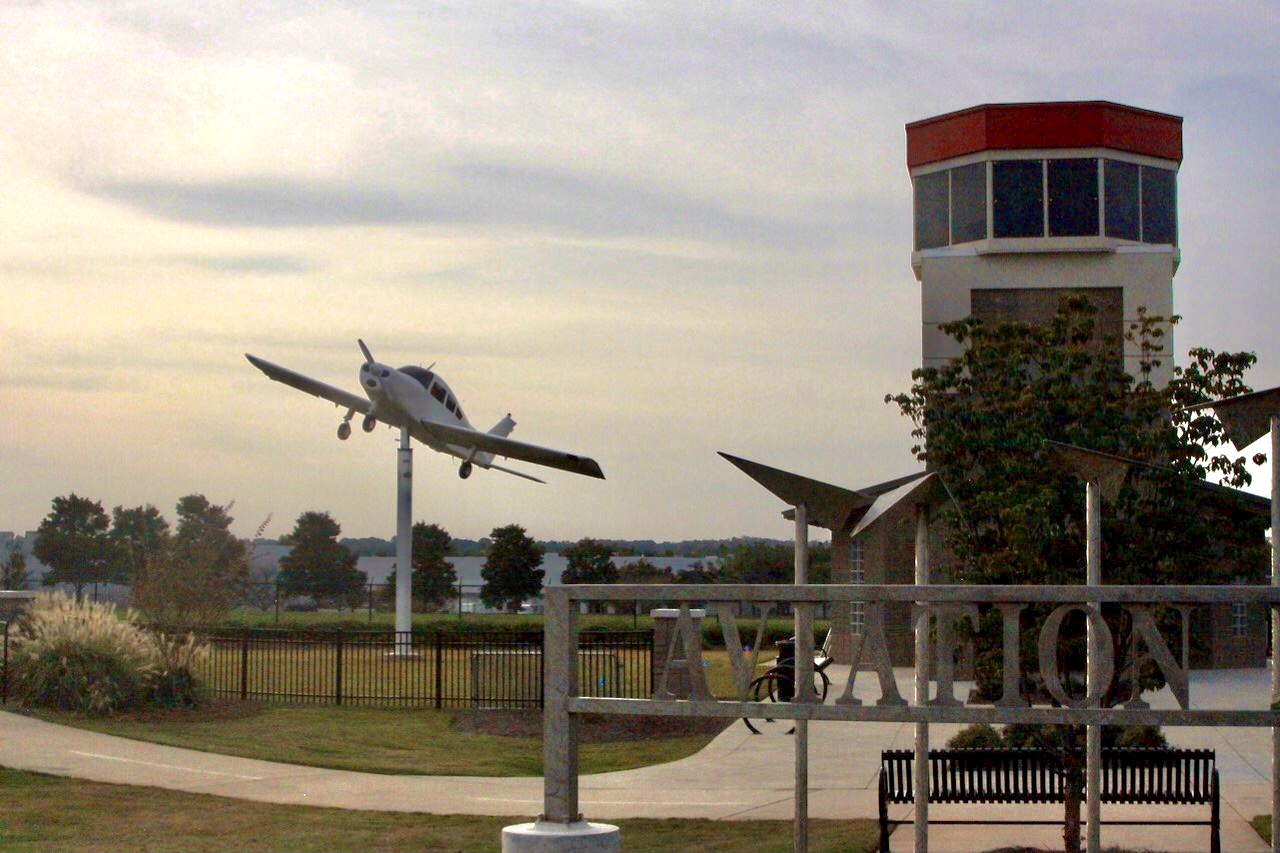 If you frequent downtown, you’ve seen plenty of evidence of the Downtown Community Improvement District and its related community alliance, Cobb County and other agencies partnering on infrastructure improvements such as the South Barrett Reliever Project and the Skip Spann Connector Bridge, aimed at reducing traffic volumes on Barrett Parkway and Chastain Road respectively.

“Creative place-making” projects like Aviation Park, at the end of the Cobb County International Project, have also been created, with its aviation-themed playground.

The CID is in no way renouncing its emphasis on infrastructure. For example, phase three of the Barrett Reliever will begin construction this fall. This will extend the causeway onto I-75. It is the neighborhood’s spin-off, the non-profit Downtown Community Alliance, which focuses on place-making and collaborative economic development.

They recently finished accepting a series of proposals for a $60,000 study recommending where future placemaking efforts should go and what they might look like. The deadline was May 27 and the proposals are currently being evaluated.

“We understand the importance of bringing together place-making and infrastructure projects,” said Tracy Styf, executive director of the Improvement District.

“Our goal is for the area to feel like a vibrant community that has lots of places to gather and areas where people want to be.”

She cited Aviation Park as one of them, with families regularly arriving there for picnics on the lawn, birthday parties or just to watch planes take off and land. The Noonday Creek trail was another, bringing together cyclists, pedestrians and skaters.

The planned study is to build on this and other existing efforts to create what the district calls “party places,” which help foster a local identity.

Place-making projects are also linked to economic development, she said, such as getting people to walk or cycle rather than drive from their office to lunch. Such projects have improved property values, Styf said.

The 25-year-old CID has succeeded on this and other fronts, with a rising tide of such values ​​and corporate expansions and relocations.

The neighborhood itself spans 6.25 square miles and is made up of 275 business owners who pay a voluntary levy to help fund improvements making the area more attractive for business and a draw for visitors. A total of $169.6 million has been mobilized and $58.5 million has been invested to date, according to the agency’s 2020 annual report.

Whichever consultant develops the draft master plan, they will consider many facets, including focusing on major corridors such as Barrett and Busbee Drive and Chastain Road. They will identify potential place-making projects in these areas, engage the public through meetings and other strategies, and make specific recommendations for projects that could include public art, signage and wayfinding, structural sand shade facilities, community events and cultural programming.

An example of public art: a colorful abstract mural to be painted on the side of the I-75 overpass on the Noonday Creek Trail, noted Alliance Director Jennifer Hogan.

“It’s something we did with a working group of a wide cross-section of people from the community,” Styf said. “They got applications from all over the country.”

She added that “we partnered with the Georgia Department of Transportation on this and it took about two years to get the approvals, so we’re now at a stage where we’re finalizing the documentation.”

The mural is expected to be completed this summer.

As for the timing of the overall venue-building plan, Hogan says a small committee of employees, board members and community members will select the consultant, with a larger steering committee guiding the process. project until its completion.

She says it is hoped the study itself will start at the end of this summer and be completed before the end of the year.

Lynx loses to Liberty, drops in WNBA last-place half game