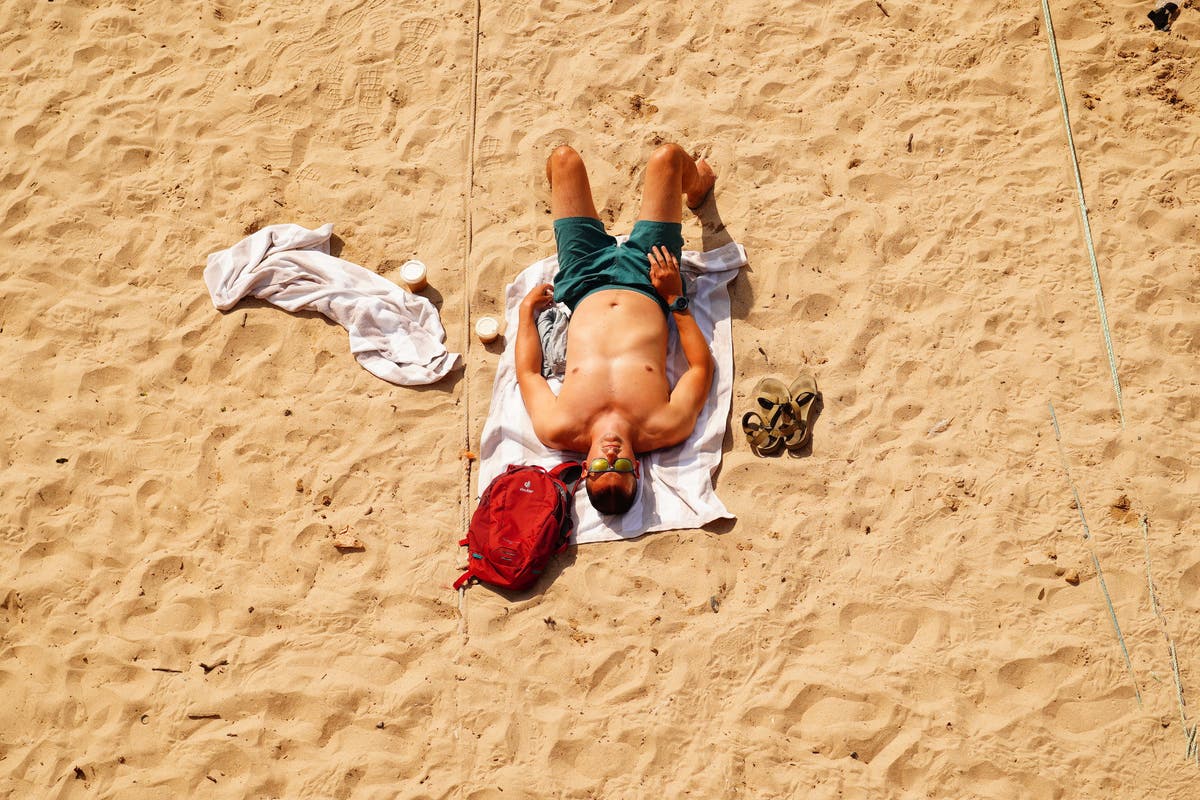 Speed ​​restrictions are being put in place on major rail routes in Scotland following the orange extreme heat weather warning on Monday and Tuesday.

Network Rail has confirmed train speed will be restricted between 1pm and 8pm on Monday, which will impact most routes, with a 20mph speed restriction on the section of railway between Hyndland and Finnieston at Glasgow, which is considered Scotland’s busiest route.

It comes after the Met Office issued an orange weather warning for Monday and Tuesday in eastern, southern and central Scotland, where some temperatures are expected to exceed 30C.

Edinburgh was the hottest place in Scotland on Monday morning, with a temperature of 27.3C recorded at Gogarburn and 25.7C at the Botanic Gardens, the Met Office said.

In Aboyne, Aberdeenshire, the temperature was 27.2C with Aviemore hitting 26.2C.

Network Rail tweeted: “We will be putting new speed restrictions in place between 1pm and 8pm today. These restrictions will impact most train routes during the hottest part of the day, helping to minimize potential damage from the temperatures forecast today.

Restrictions will be in place between Glasgow Central and Edinburgh Waverley; Dumfries and Carlisle as well as Glasgow Queen Street and Aberdeen; Inverness; Oban and Fort William and Edinburgh Waverley and North Berwick, with delays of around 10 minutes expected, according to the ScotRail website.

The train operator urged passengers to ‘plan ahead’, tweeting: ‘Please please plan ahead if you are away it is going to be extremely hot more late in the day.Take water with you, wear suitable clothing – hats/sunglasses, if you have elderly neighbours/relatives check them.

In Glasgow, ScotRail has warned rail passengers they may face delays as overhead lines trip and reset due to the heat between Glasgow Queen Street Low Level and Hyndland.

Network Rail Scotland tweeted that it was investigating an electrical fault with the overhead lines between Glasgow Queen Street Low Level and Hyndland ’caused by extreme heat’ and said the power supply would remain off until repairs were completed carried out.

While warm weather is expected for much of Monday and Tuesday, meteorologist Jim Dale told BBC Radio Scotland’s Good Morning Scotland program that no repeats were expected for the next few weeks.

He said: “This event is quite unusual. The last time the records were broken was in a single day and it was just a spike here and there.

“Because we live, particularly in Scotland, in a temperate zone, what we don’t talk about is continuous extreme heat that is going to go on and on.

“It will always be peaks. I don’t see anything on the charts at the moment that suggests, certainly for Scotland, and even in the London area, that suggests a repeat of this in the next two weeks.

The Prime Minister tweeted: “The next few days are expected to be exceptionally hot. Please be careful and follow sound advice – do not expose yourself to direct sunlight; stay well hydrated; and watch out for others who may suffer from the heat.

Installment Loans with BridgePayday: How They Help You Finance Big Purchases or Consolidate Debt