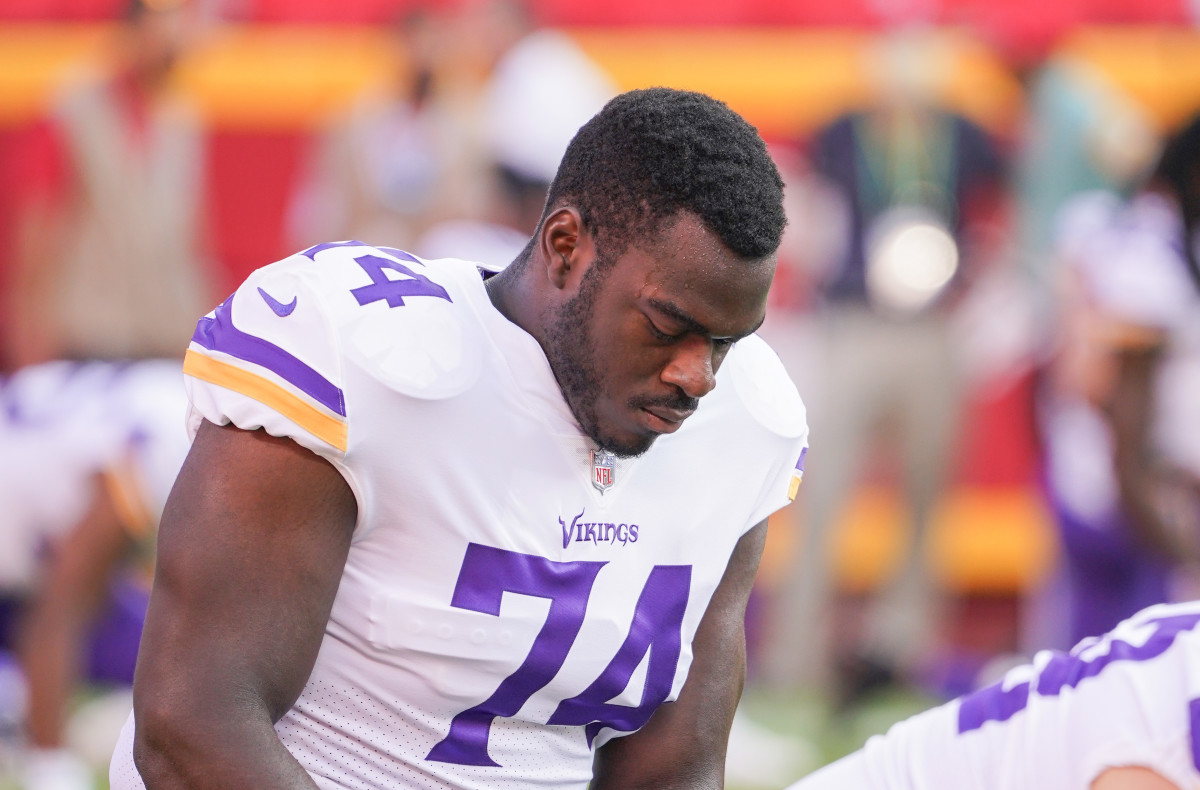 Vikings Places RG Oli Udoh On COVID List, Dakota Dozier May Have To Start Against Packers

The Vikings may need to start their third right guard in as many weeks when they travel to face the Packers with their slim playoff hopes this weekend.

Last week, they put Mason Cole on the injured list with a hyperextended elbow. This forced Oli Udoh – who opened the season as a starter – to return to the roster against the Rams, and he struggled mightily in his clash with Aaron Donald. Now Udoh has been placed on the Reserve / COVID list.

Udoh is vaccinated, so he will have a chance of being cleared before Sunday’s game if he is asymptomatic and can test negative twice, 24 hours apart. But even vaccinated players have often missed a game this season when entered on the roster, so the Vikings may have to look to another option at RG in Green Bay.

Their options if Udoh can’t go are Dakota Dozier, rookie Wyatt Davis, and maybe take on Blake Brandel. Dozier is probably the favorite, as the veteran started all 16 games last season at left guard. Although he went on to become one of the worst starting offensive linemen in the NFL, the Vikings kept him on the field for reasons that are difficult to know. They must value their experience and knowledge of their race blocking system.

Davis has apparently been buried in the depths table since being selected in the third round in Ohio state. He’s been inactive for almost every game this season and seems to have a long way to go before coaches trust him to play, so it would be surprising if he gets the green light on Sunday. Brandel is also unlikely since he’s a tackle, but the Vikings like him a lot so it’s worth throwing him there.

Thanks for reading. Make sure to bookmark this site and check back daily for the latest Viking news and analysis throughout the season. As well, Follow me on twitter and don’t hesitate to ask me questions about it.